Rules are different for each group, but are quite generous. Students get four month non-commercial licenses for FME Desktop which can be renewed as long as they are students. Those who have graduated, and were in the student grant program, get a 180 day license that can be used commercially for a new employer.

Roll Your Own Summer of Maps

Azavea announced the start of work for this year's Summer of Maps fellows:


Azavea, an award winning geospatial analysis (GIS) software development company announces the start of its fifth Summer of Maps (http://summerofmaps.com/). Inspired by the Google Summer of Code, Azavea Summer of Maps is a program that offers $5,000 stipends to student GIS analysts to perform pro bono geospatial data analysis projects for non-profit organizations over a three-month period in the summer of 2015.

Did you want to try to support this sort of program at your organization or suggest it via your school? You can! Azavea CEO Robert Cheetham is telling his story as part of the Esri Education GIS Conference plenary Saturday (Saturday, 18 Jul 2015, 10:15am - 12:00pm Location: Marina - Salon D/E.) You'll want to hear it. Cheetham shares details on how he runs his company and how he thinks about education is in this article from last year.

Don't want to visit this blog every week? Get GIS Education Weekly via e-mail!

Arizona State University's highest faculty honor is selection as a Regents' Professor. The 2014-2015 academic year selections, conferred on full professors with national and international impact, include a geographer: Janet Franklin, School of Geographical Sciences and Urban Planning, College of Liberal Arts and Sciences


Franklin’s research bridges the academic disciplines of geography and biology.
She was elected to the National Academy of Sciences in April 2014 for her pioneering work employing geospatial data and spatial analytical tools to examine the evolving biodiversity of ecosystems over time, as they relate to the physical environment, ecological processes and human influences.

Her research in spatial analysis using remote sensing and geographic information technologies has significantly changed the course of research in this area and led to new discoveries concerning the changing landscape of the earth. 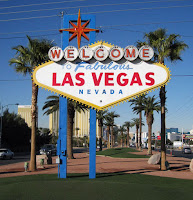 Hexagon Geospatial is pleased to announce that it's officially named the winner of its 2015 U.S. Education Challenge, which showcases the top usage of Hexagon Geospatial’s Power Portfolio in a college or university in the U.S.

This year’s winner is Su Zhang, a GIScience student focused on Remote Sensing and Civil Engineering at the University of New Mexico. Zhang’s winning study, titled, “Pavement Surface Cracks Detection and Assessment Based on Hyper-spatial Resolution Natural Color Digital Aerial Photography” focused on the utilizing a UAS to evaluate the condition of pavement surfaces. [sic]

I noted the contest when it was announced in February. The winner was announced on the Hexagon blog back in May and he and his advisor won a free trip to the Hexagon Geospatial Conference held last week in Las Vegas.

Participants in the contest had to agree to social media restrictions should they win.

In the past, the GeoAcademy offered a series of five courses, to be completed in specific time frames, for $25 each. Things have changed: Now, per the site, the courses are un-timed (to be completed whenever) and free. Further, if the student wants a formal, personal certificate of completion for each one, they must take the course, complete a final exam and have their projects reviewed for a fee of $50 per course. This new process is available for registration on June 15.

I asked Phil Davis, GeoAcademy Director, about the change. In short, the funding for the effort (DOL TAACCCT Round 1 grant (NISGTC)) is running out and he's looking for ways to fund course updates and sustain the offerings. He has two ideas:


First, I partner with Tom Egan of DiscoverSpatial to offer the courses for something like $50 each self-taught. That's been mildly successfully. Second, I post the courses on a hosted server and allow anyone free access to the material for self-study and "badges" marking their progress through the modules.

I also asked about the announcement last week regarding GeoAcademy becoming "the official curriculum of the QGIS Project." Davis explained work is underway by Geo for All (the ICA/OSGeo effort to promote FOSS4G for education) to work with the QGIS project towards a certification process. There was a meeting at the QGIS meeting in Copenhagen in May between a group of educators and Tim Sutton and other QGIS project principles. Per Davis:


At the meeting we agreed to submit our QGIS curriculum to Tim [Sutton] and his group for publishing on the QGIS.ORG site under their training material as a start to an officially recognized curriculum. Tim is also wanting to establish officially sanctioned QGIS certification (not certificate). We educators were adamant in our support for certification, but insist that Tim and QGIS control the development of the exam and control administering the exams and credentialing.

Tim Sutton, from the QGIS project confirmed the "official status" of the curriculum and shared:


...we are still merging the documentation and doing other admin related tasks, so we are not ready to make any announcements yet.

Should Geography Students Learn to Code?

There's an emphatic "yes" from Alex Singleton, Lecturer in Geographic Information Science at the University of Liverpool. His article in Geographical Magazine (UK) is titled Learning to Code.


A geography curriculum should require students to learn how to code, ensuring that they’re equipped for a changed job market that’s increasingly detached from geographic information systems (GIS) as they were originally conceived

I pretty much agreed when I tackled the topic three years ago.


Kamy Anderson is an eLearning advocate who has a passion for writing on innovative and emerging technologies in the areas of corporate training and education. He has years of experience working with learning management system and eLearning authoring tools. With his background in learning pedagogy, higher education and virtual learning, Kamy is an ed-tech enthusiast who likes nothing better than to explore and write on technology and learning trends.

You'll find Anderson and his bio all over the Web on articles about content marketing, SEO, learning management systems and other topics.


Quote of the Week

If I follow Marc Prioleau's tweet, Tyler Bell, VP of Product at Factual, observed this at State of Map US:


Do you know of a promising candidate or candidates (domestic and/or international)? Do you know an educator, mentor, active and promising student, support specialist, product developer or scientist, or advocate for geospatial matters? Do you know of a geospatial practitioner or educator who is preserving the past (without insisting we live in it)? How about leadership in professional associations? It’s not just about how many committees one volunteers for, but more about who might really be making a difference, and maybe in unconventional ways. Do you know of entrepreneurs who are showing us a better way, developing and providing products and services that yield increased production, better results, and enhanced safety? We would like to profile folks that are really making difference, who are shining examples to inspire youth to choose to enter geospatial fields.

It'd be nice to see some educators nominated for this surveying magazine's list. Details here. "Winners" will be profiled in the magazine.

GoGeomatics Canada has an interview with Ted MacKinnon, Vice President of Geomatics Association of Nova Scotia (GANS) and Chair of Communications Working Group, about the GANS mentorship program.


The program is a new endeavor designed to cultivate centers of academic excellence in geospatial sciences, content processing, tradecraft methodologies, and research and development technologies.

The program was announced in 2014 and applications were due February 2015. There is no funding provided.

Who's in? Per the press release:


Beginning with the 2015-2016 school year, students at Liberty [High School] will have the opportunity to take a “GIS/GPS Geospatial Research Seminar” in a partnership with the College of Integrated Science and Technology (CISE) at JMU. For the first time, Liberty seniors and juniors may take a one-semester course on geographic information systems (GIS) and other geospatial technology while earning college credit from JMU.

Best I can tell one course is built around ArcGIS Online and the other around ArcGIS desktop. Both software options are available for free for K-12 in Washington. Each one-day workshop costs $425. They are slated for early August.

This tweet indicates Lyzi Diamond's new role, seemingly in parallel to her work at Mapbox where among other things she focuses on education:


Beyond excited to be the Executive Director of @MaptimeHQ as of today. :D If you want to get involved with HQ, let me know! #maptime

If Maptime is new to you, check it out.

State of the Map US Videos are Posted


The public website at gismaps.osu.edu, developed by Woolpert, offers up-to-date information on the location of campus buses and routes, car2go vehicles and currently available parking spaces, as well as energy consumption by building.

Woolpert built the Esri-based solution in four months. I was able to see buses moving along the map's roads.