Disclosure: I’m not an expert in identifying authoritative Web content, nor do I have any specific training on the topic. I've compiled what I’ve learned over the years editing online magazines and teaching online courses. 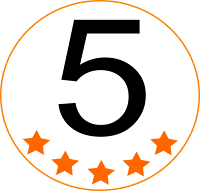 There's lots of content on the Web about geography, GIS and geospatial technology. Some of it is valuable and accurate and some is not. Every time you read a new article or blog post, watch a video or listen to a podcast, you have to determine if the content is authoritative.

Below are some factors to consider in your evaluation. If your content, or its hosting site, raises more than one or two of these red flags, it might be best to look for another source.

The .gov and .edu (which are restricted as to what sort of organizations can use them) top level domains tend to be more reliable than .com, .tv and others. The latter group are open to anyone to use for any purpose. This site, which includes this GIS education "article," uses the .cc domain, for Cocos Islands, an Australian territory.  Awesome, this questionable material is no longer accessible!

Sites with lots of advertisements or lots of unrelated links or topics tend to be less reliable. At one time these were referred to as "content farms." The pages were designed to draw clicks and support advertising revenue. Take another look at the .cc page. Does it look authoritative? What about it seems out of place? Awesome, this questionable material is no longer accessible!

If an article on the Web does not have an author identified, be suspicious. Reputable sites include author bylines and often some kind of biography. If a site needs to have its authors remain anonymous, it should explain why. GISGeography, which has some very interesting and provocative articles, does not include any author information.

If an article on the Web does not include a publication date and or a "last updated" date ask why. This article is interesting, but you need to do some digging to learn it's from 2006 and might not be the most current resource on GIS in education.

Who is publishing the content? Specifically, what person or organization is behind the website? Is it a magazine? Newspaper? Government agency? Private company? Any of these kinds of organizations can provide authoritative content, but it's worth thinking about why they might choose to do so.

GIS.com redirects to http://www.esri.com/what-is-gis and it's clear that it's in fact Esri describing the technology.

Content on the Web comes in three forms: earned, owned and paid. I wrote about this topic on this blog before, but it's worth repeating here.


Earned media is content created via influence. It's when a company like Esri convinces Forbes to do an interview with Jack Dangermond. Earned media is believed to be the most trusted form of media. Earned media is typically written by publication staff or freelancers and paid for by those who fund, advertise on, or subscribe to the publication.

Owned media is content an organization creates and publishes on its own print or online properties or those of others. Hexagon Geospatial has its own blog where it publishes stories several times a week. The company also creates press releases which are carried on a variety of sites, including Sensors and Systems. Owned media is created by and paid for by the organization who creates it, It's often made available to other sites for free. That's why you'll see the same press release on a dozen different websites!

One caveat on owned media: Some websites publish other organizations' "owned media" but do not make clear the source of such content. For example, USGS published this press release. That's USGS owned media. One site re-wrote it a bit an attributed it to its staff. Another reprinted it verbatim, but didn't make the author/provider explicit. If in doubt, track such content to the originating organization's website to be sure of its true source!

Paid media is just what you think: when an organization pays to have its message told in a publication. The content might be an "old fashioned" advertisement or a "new fangled" paid article, something referred to as "native content." NetApp, for example, has paid for a series of articles  about GIS that originally ran in CIO Magazine. It's now hosted at Forbes. Here's how Directions Magazine identified some recent native advertising. Paid media may well be authoritative, but it's important to consider the intent of the purchaser.

As in many other pursuits, the Latin "Caveat Emptor" is great advice for anyone using the Web for any reason. While lots of content is still free, the the user must evaluate each piece's authority and fitness for use.