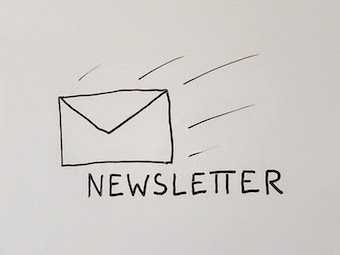 I've set up a newsletter for GIS Education Weekly News. Future editions will be delivered to your e-mail box each Thursday when you sign up here.

Penn State's Anthony Robinson shares lessons learned from teaching the Maps MOOC in this article. It's now readable (open access) to all for free. To be clear, Penn State paid for it to be free. That's how publishing works nowadays.

I have an interview in the works with Lyzi Diamond of the education team at Mapbox, but for now you might want to read this Twitter conversation.


The DigitalGlobe Foundation, a spatial data organization, is allowing the University [of Minnesota] to use its interactive database of satellite maps, which are similar to a higher resolution version of Google Maps.

The foundation’s executive director Mark Brender said the agreement was made because the foundation wants to understand how universities can use its images.

In return users report how they are using the imagery. There's a similar deal with the University of California Santa Barbara.


A team of academics and technology experts — including Bowdoin’s Pamela Fletcher, professor of art history, and David Israel, senior producer for academic new media — has won the Association of Research Institutes in Art History’s 2015 ARIAH Prize for Online Publishing.

The flash-based map is here.

PCI Geomatics signed a Strategic Education Alliance Agreement with Stellenbosch University, in Stellenbosch, South Africa. That means, among other things, the university is a PCI Technology Center of Excellence.


I am also nearing completion of a topical GeoAcademy companion course with a focus on using FOSS4G for public health. The course will be called Community Health Mapping and is part of an initiative funded by the US National Library of Medicine. The blog I author for this project is here: http://communityhealthmaps.nlm.nih.gov/ The course material will be available from this site and the GeoAcademy site by early summer.

This study from Online Degrees reports that "Geography, Other" is the 50th most employable degree this year. Do check out the methodology at the top of page.


The UWI Signs MOU for GGIM


The Association of Caribbean States (ACS), The University of the West Indies (UWI) St. Augustine Campus, Mexico’s National Institute of Statistics and Geography (INEGI) and the Embassy of the United Mexican States in Trinidad and Tobago convened to sign a Memorandum of Understanding (MOU) on March 26, 2015, as they resolve to join efforts towards the achievement of the objectives of the “United Nations Committee of Experts on Global Geospatial Information Management” initiative (UN-GGIM) and of the “Caribbean Platform of Territorial Information for Disaster Prevention” (PITCA) project. These projects are funded by the Government of Mexico.

I received my print edition of ArcNews before it's online, but I'm sure it will be available digitally soon. This month David DiBiase offers a version of this blog post about next generation textbooks. (I addressed the topic here.) AAG's Doug Richardson provides an update on getting geography funding via education bills currently in Congress. I keep checking on Geomentors.net, the AAG effort to support Esri's ConnectED initiative; it nicely organizes existing resources from Esri. I haven't seen anything new just yet.


Esri Canada congratulates Jonathan Van Dusen, Majuratan Sadagopan and Shanqi Zhang from the University of Waterloo for winning the Esri Canada GIS Centres of Excellence in Higher Education App Challenge. The week-long coding competition encouraged students within the network to build innovative Web apps that use open data and Esri’s geographic information system (GIS) technology to address a specific theme. Working as a team, the three students developed PredictION, a transit modeling and routing application that helps citizens to visualize, analyze and compare routes and service areas between existing and proposed transit systems.

Other Post(s) this Week at Ignite Education

The Eight Most Misspelled and Misused Geospatial Words