The Vegetables of Recent Geospatial News and Opinion 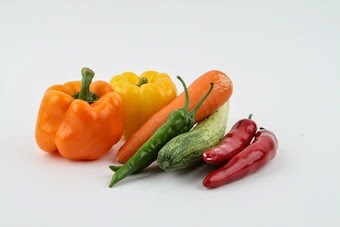 Moms tell kids they must eat their vegetables before they have dessert. Music teachers tell students they must learn their scales before they play Mozart. Coaches tell would-be marathoners to run slowly before they run faster. Editors at the New York Times (I suspect) tell newbie reporters the paper must  cover the important but less exciting news alongside the flashy.

You probably heard about of the "dessert-y" geospatial news of the past few days: Pac-Man in Google Maps, the sad news that GPS may have lead to a death, Esri partnering with Intergraph (GIS Cafe has an interview). I want to be sure you also eat your vegetables. Or, at least know the vegetables are out there!

CityLab from the Atlantic reviewed a study from several geographer at the University of Kentucky that explained Why Most Twitter Maps Can't Be Trusted. The next day Andrew Hill, Chief Scientist at CartoDB (I consult to that company) responded saying among other things, ""the Twitter maps are spot-on and achieve their objective better than you can imagine." The piece was titled In Defense of Burger Cartography. That prompted a response from Esri's Kenneth Field, titled Needless Lines in the Sand. And, there's a follow up from Claus Rinner. These are important and interesting discussions, worthy of your consideration. And, if you want to chat about the topic, join #geowebchat tomorrow (Tuesday April 7, 12 PM PDT).

This ruling clarifies that GPS tracking is considered a search and is thus protected under the fourth amendment of the U.S. Constitution that prohibits unreasonable search and seizure. The case in question was raised based on post-conviction GPS tracking. Engadget and The Atlantic have detailed coverage.

A new map from T-mobile divides the U.S. into hexagons and details if crowdsourced information confirms coverage within them. The company promises updates every two weeks. With all the issues regarding coverage maps, this seems to me to be a big step forward.

Mark Head argues that he doesn't really hate them, but details that they do have issues and we can do better. Who is this guy? He's currently Accela's Technical Evangelist for the developer community for the Accela Civic Platform. Before that he was the City of Philadelphia’s first Chief Data Officer.

How Government Fails and How You Can Fix It

Tim O'Reilly called remarks from Mikey Dickerson at SXSW titled Why we Need You in Government "must read." He's right. Dickerson worked at Google, was tapped to help fix HealthCare.gov and is now the Administrator of the U.S. Digital Service.

Mapping Out the GIS Software Landscape

GISGeography offers A List of GIS Software – Ranked by Public Opinion. The methodology for the ranking is described, though not in enough detail to be replicated. My concern with the piece (and all the site's work, some of which is quite good) is that there are no names attached to the content. Who wrote this? I know who wrote every other piece I've cited above, but not this one. I've seen the list tweeted several times; I wonder if any of the tweeters noticed or cared that the author(s) was not identified? Would you consider this an authoritative source? Would you share the article with your peers?