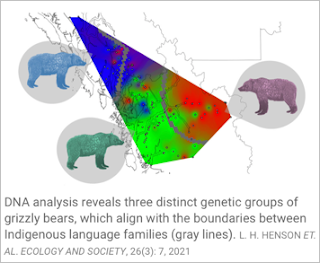 Art News: How I Made This: Anton Thomas’s Pictorial Maps - A look at how the Melbourne-based cartographer makes pictorial maps.

GIS in the community

Fox17: West Michigan woman hoping to 'map out' better community - Jessa Challa  of Cascade Township published a story map at the end of July featuring minority-owned businesses in the greater Grand Rapids area, broken down by what’s offered and by race.

Maui Now: Public Help Sought in Collecting GPS Coordinates on Bench Marks in Maui County - "The County of Maui’s Real Property Assessment, GIS Section, is requesting public assistance in collecting Global Positioning System coordinates on Bench Marks throughout Maui County." The effort is part of larger one organized by The National Oceanic and Atmospheric Administration and National Geodetic Survey. I'm not sure if benchmark is one word or two.

Bike Portland: Study suggests bike lanes do not lead to displacement, gentrification - "The installation of new bike infrastructure in neighborhoods does not lead to displacement of people of color, and low-income areas received more 'hard' facilities like buffered or protected bike lanes than high income areas, according to a new study published in July by Elsevier."

ABC (Australia) South Bay: Which way will paper maps go in the future? Cartographer says they'll still be crucial, even with GPS - Another is in the series of stories about "old fashioned" paper map stores. The proprietor of the map store observes: "Guess what? It's 2021 and there are still paper maps and we've got 14,500 different ones."

Science: Scientists map urban heat islands—and track how communities are affected - "New York is one of 12 cities participating in this year’s mapping campaign, which the National Oceanic and Atmospheric Administration (NOAA) has run for the past four summers in dozens of cities. The teams record morning, afternoon, and evening temperatures on one of the hottest days of the year. The goal is to identify areas with the greatest need for measures—like installing green roofs, operating cooling centers, and planting trees or other vegetation—that are designed to mitigate the effects of the extreme heat."

El Paso Matters: Cross-border storytelling project aims to put women’s memories on the map - Fernández-Quintanilla grew up in Juárez and is a postdoctoral scholar at the University of Kansas, where she researches public and digital humanities. Her storytelling project GeoTestimonios Transfronterizxs aims to map "the diverse and sometimes hidden terrain of women’s memories throughout the region.

On and off campus

UCF Today: A Summer of Hands-on GIS Field Work for UCF Researchers - "An associate professor led a team of UCF students and local K-12 teachers on two field projects this past summer to advance geographic information systems training and research."

Press Republican: SUNY students present beach trail findings - "The SUNY [Plattsburgh] students mapped out a potential new walking trail [along the city beach] and took note of the site's natural assets, logged its invasive and nuisance species, and kept track of lingering debris."
D'Youville College: Buffalo Teachers and Students Benefit from Grant-Funded D’Youville Summer Camp - "A summer camp at D’Youville helped students learn about the importance of Buffalo waterways while training teachers on how to use specialized geographic technology, thanks to a Department of Education grant."
Cambridge: Worsening GP shortages in disadvantaged areas likely to widen health inequalities - "Areas of high socioeconomic disadvantaged are being worst hit by shortages of GPs, a trend that is only worsening with time and is likely to widen pre-existing health inequalities, say researchers at the University of Cambridge."