GIS Education Weekly: How Can We Harness the Growth in AP Human Geography? 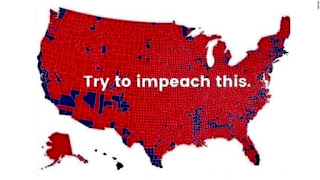 CNN: Fact checking Trump's 'Impeach this' map - "The map purported to show county-by-county results map of the 2016 election, filled with red for counties Trump supposedly won. The words "Try to impeach this" were plastered across the middle." As a follow up, see "Trump's maps of dominance" from Ken Field.

PYMNTS: Why Google And Other Maps Can Predict The Payments Future - "A good deal of what’s coming in payments and commerce can be seen via what’s going on with maps." This is a new site to me: "Insight and reporting on payments, commerce, FinTech and innovation."


SDPB: In the Moment: Why Geography Matters - Interview with Alec Murphy of the University of Oregon. His book Geography: Why It Matters, was published last year. (12 minutes)

Esri: Student Loan Balances by Age and State App - "This map shows the number of borrowers by the size of symbol and the amount of the average student loan balance by the color of symbol." Who created this map? I do not know.

AAG: A Golden Opportunity for Geography or How Can We Harness the Growth in AP Human Geography? - The president, in the president's column, asks and tries to answer the question. This is worth considering since the proposed AP GIS&T program is still in development.

Directions Magazine: GIS for Classrooms: World Geography GeoInquiries and Surveys to Story Maps - A series of two webinars, in the evening this fall.

EuroWeekly: Madrid scammer wishes he’d paid more attention in Geography - The old "I need money to get a ticket back to..." was foiled by the clever use of geography.

8451.com: The Uplow'd - Greg Anderson speaks on spatial analysis in the company's podcast. Who is Anderson? Greg Anderson is a Lead Data Scientist with 84.51°, with a focus on developing new methodologies for forecasting performance of new, relocated and expanded Kroger stores using geospatial analytics. What is 84.51°? It's a data analytics company. Via Reddit.


Yale: StoryMaps Network - Yale is staring a storymaps club and network. "We are pleased to announce the establishment of the first worldwide Esri StoryMaps club at Yale! Join us to kick-off the beginning of the Yale StoryMaps Network. Be part of the Network! We will have a presentation by the Esri StoryMaps Team, Lightning Talks to show StoryMaps created by Yale members, and dinner kindly sponsored by Esri." Via @Miriam_GeoGk.


University of Michigan News: Visible from outer space, Detroit’s unofficial pathways could play important role in land redevelopment - "In what’s believed to be the first comprehensive study of unofficial footpaths in a large urban area, U-M’s Joshua Newell and colleague Alec Foster of Illinois State University mapped 5,680 unofficial footpaths in the city of Detroit—that’s 157 linear miles of trails—visible from space." Next step: looking at the drop in the number of paths over time.

WGBH: Raj Chetty: Access To The American Dream Isn't Just Determined By Income. Geography Matters - Chetty is an economist at Harvard. His work suggests that moving low income families from one location to another can move them out of poverty.

eSchoolNews: 4 ways to use school district GIS data beyond redistricting - The CIO at Muskogee Public Schools lists how his team has used its GIS software, ONPASS Pro.

West NY Papers: Higgins: Nearly $1.5 million for D'Youville College - Congressman Brian Higgins announced a federal grant has been awarded to D’Youville College from the Department of Education’s Academies for American History and Civics Program in the amount of $1,492,475. It's a three year grant to train educators and students in among other things, GIS. "One of the goals is to help teachers and students use open source data and GIS technology to research and model history, global and civics inquiries. GIS systems combine data inputs, often several layers of them, and mapping software to allow users to analyze spatial information."

Spectrum News: Onondaga Community College Looks to Add 17 Majors - Drone Technology and Geospatial Science & Technology are on the list. If approved, these and others would be available for fall 2020.


C4ISRNet: How the NGA plans to solve the GEOINT expertise gap - "Geomatics, geodesy and photogrammetry are all examples of the highly specific skills that the NGA needs but is seeing its popularity dwindle at universities."

Reddit: For a GIS self-teacher, is there anything glaring missing from PennState's GEOG 585 Syllabus ? - That's Penn State's OER Open Web Mapping course. The most interesting comment? "Getting good at googling stuff is also really important." I'd suggest learning how to learn is really important. I saw this question too: How do we future proof our geospatial careers? I'd give the same answer.
Posted by Adena Schutzberg
Email ThisBlogThis!Share to TwitterShare to FacebookShare to Pinterest
Labels: aphg, fintech, paths, weekly
Newer Post Older Post Home