GIS Education Weekly: What Can the National Geographic Bee and Oxford University Teach Us About Geography Education? 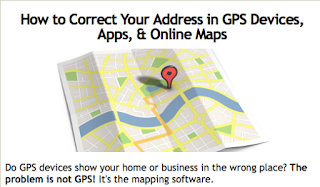 GPS.gov: I'd not been to the U.S. government's GPS site for quite a while. It's aimed at the public and includes information on how to submit map changes (graphic at right) and a STEM curriculum for middle schoolers.

BBC: 100 Women: Gladys West - the 'hidden figure' of GPS - When Mrs West started her career at the Naval Surface Warfare Center in Virginia in 1956, just one other black woman and two black men worked alongside her. She went on to work on GPS.

STEM for All: More than 200 federally funded project leads share short videos of their STEM focused education research. Search on "spatial" or "map" to find the few related to geography and GIS; two of them have "Facilitator's Choice" awards.

The Conversation: America's graying population in 3 maps - Maps and discussion from Peter Rogerson, Professor of Geography, University at Buffalo, The State University of New York.

CityLab: Why Is It So Hard to Figure Out When the Bus Is Coming? - Student Map-a-thons are part of the crowdsourcing effort to map routes and stops and track public transit vehicles .


The Atlantic: Most Maps of the New Ebola Outbreak Are Wrong - In a large poor country, accurate maps may not be available when an emergency strikes.

Geography in the News

The Daily Mail: Geography replaces classics as the favourite subject of Oxford University's most privileged students - Only 6% of those studying geography at the school are "disadvantaged."

National Geographic: 30th Annual National Geographic Bee Winners Nail Tough Questions - "Which South American country has a population size most similar to Lebanon? Venkat Ranjan, 13, of California answered Paraguay, while Anoushka Buddhikot, 13, of New Jersey answered Guyana." And then Venkat won. NBC focused on the fact that of 54 participating finalists just four were girls. "The gender gap has persisted since the competition started in 1989; of the 29 winners, only two have been girls." The article includes comments on the gender question in spatial ability from Lynn Liben, a professor of psychology at Penn State.

Casper Star-Tribune: Fate of UW's geography department up in the air, though officials say discipline has future at university - Other small departments threatened with closure merged and will remain. Geography has not found a merging partner thus far. The National Geographic Society and other outside organizations have lobbied for the department. Some kind of decision is expected by year end, if not summer's end. 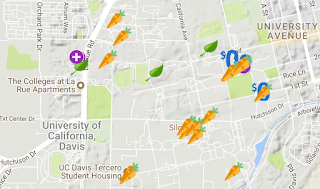 Alton Telegraph: Edwardsville High School students present geography projects at SIUE - This is the fifth year AP Human Geography students worked with Randall Pearson, a professor in the Department of Geography and his lab's staff to develop and present GIS projects. Says Pearson, "This work and course goes above and beyond what an AP course would do. No one else is doing this in the country.”

Redlands Daily Facts: 'Out to change the world,' Redlands teens build app to help those in Need - Since fall 2017, Esri employees have volunteered with YouthHope to teach Justin Burzachiello, 17, and 18-year-olds Oscar Flores and Frankie Bustamante how to apply geographic concepts in the real world. The teens are now tackling an app to help those in need find services.