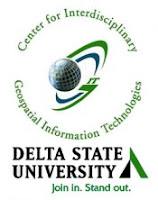 Delta State University has a new program, I'm not sure of the name, but it's in partnership with the United States Marine Corps. The program was a major force behind the development and accreditation of a new degree, a Bachelor of Applied Science in Geospatial Analysis and Intelligence.

Penn State's Maps and the Geospatial Revolution MOOC begins its 4th offering beginning Sept 10. Registration is open until Sept 15. The course was updated to the "new" course vision for Coursera: "Each course is like an interactive textbook, featuring pre-recorded videos, quizzes and projects."


The World's Largest Lesson, running the week of Sept 18, focuses on the Global Goals for Sustainable Development and it uses Esri maps! "In September 2015 World Leaders committed to the Global Goals for Sustainable Development. ...To realise these Goals everyone, however young they are, needs to take part. So join our movement, teach young people about the Goals and encourage them to become the generation that changed the world.

The University of Missouri Extension will be hosting a Recreational GPS Class Oct. 4. Fee: $10.

ScouterLife details how to draw a map on a teacher's or student's hand to learn about contour lines. It's from 2012. h/t @dianamap

U.S. News released the 2017 edition of the Best Colleges rankings this week and included a map. Why? "Location is a big factor for many college applicants when picking a school."

I mentioned Project Sampson in August; it's the geography part of  a game-based remedial math curriculum effort. Now there's a bit more about it and a screenshot.

The results of a survey commissioned by the Council on Foreign Relations (CFR) and the National Geographic Society suggest college aged individuals are lacking in global knowledge. "The Global Literacy Survey, conducted in May by ARC Research among 1,203 students aged 18 to 26 and educated at U.S. colleges and universities, reveals that few students possess important knowledge about the world and the United States' role in it, including which countries are U.S. allies and where U.S. troops are stationed overseas."

There's funding available for Canadian education projects via the new GeoAlliance Project Portal. What's in it for the projects leads? Via blog post.


Kathy Lubbs donated $102,750 to establish the Dennis A. Lubbs Memorial Geography Scholarship in her husband's memory at Western Illinois University. The scholarship will go to a graduate student majoring in geography who is active at the WIU Department of Geography and/or the community.

The new AAG Student and Postdoc Opportunities website "features a wide variety of available graduate assistantships, internships, and postdoctoral researcher positions in the discipline. Academic departments may post their student and postdoc opportunities on the site at no charge."


@geohipster plans to reserve three months of its 2017 print calendar for undergrad work. There's no money or prizes, but there is social media fame!

NEGIS hosts a Lunch & Learn event with my colleagues Mark Scott and Tom Schwartzman at Esri's Middleton office. They'll offer an ArcGIS platform update. The event supports scholarships for New England college students. Last year's students recipients, Ahna Miller and Phillip Gomez, will speak about their internship experiences and plans for GIS careers. Join us Thursday, September 29, 2016  11:00 AM-2:00 PM. Register by September 22nd for a discounted fee.  (I'm on the board of NEGIS.)

The RI Geography Education Alliance will have another series of workshops to help educators learn how to bring online mapping skills into the classroom. Session 1 will be held on October 22 and 29. Session 2 will be held on November 12 and 19. There's a $100 stipend. Via ‏@NEGEN6.

There's a new education and research filter, as well as one for museums and libraries in the Story Maps Gallery.

Esri UK reports that at its recent User Conference almost half (45%) of GIS analyst and just over half (52%) of GIS technician who attended were female. 64% of the 98 GIS students in attendance were female.

Thrive 2055 and the University of Tennessee, Chattanooga (UTC), specifically,  the UTC Interdisciplinary Geospatial Technology (IGT) Lab, released a story map through eight communities in the tristate, 16-county region. Via The Chatanoogan.

The new “Rate My Wi-Fi” interactive map at Buffalo "uses (GIS) to identify where people are using Wi-Fi and what their experience is."