Pokemon GO debuted this past week in the U.S. New Zealand and Australia. The goal, using the augmented reality app on the phone, is to visit locations and catch the pocket monsters from the 1980s card game. The game is from Niantic, a Google spinoff, which debuted Ingress, back in 2012. Data collected by those who played Ingress power Pokemon GO.

Gavin Shrock, editor of xyHt suggests the game may be a significant geospatial education opportunity. "Something like the shared experience of this kind of activity would make a great ice-breaker and provide a common frame of reference from which to explain how asset mapping and hunting for survey markers works – many of the same elements are there in this little app."


In the meantime, the game is prompting some other delights:

Is the game educational?

I've seen the GIFs of people wandering around, playing the game, looking at their phones. They do not seem to be interacting with their surroundings or one another.

I saw a comment that Pokemon GO will put geocaching (looking for "real" treasures) out of business. Others suggested, it's just another foursquare that will be a flash in the pan. But I also heard about players speaking to strangers, something they would otherwise never do.

The second White House Mapathon was held this week (last year's is recapped here). The State Department explains the vision for the event and its support for open mapping and details the two projects to be tackled: malaria in Mozambique and mapping missing parts of the U.S to fill in OpenStreetMap. There's a video, too. I understand from @youthmappers that eight universities participated: Texas Tech, West Virginia, Kansas State, George Mason, Clemson, SUNY Geneseo, UCF and William and Mary.

Also this past week was Maps Camp at the United Nations. It was a "community-run conference focused on open source maps technologies on Sat Jul 9, 2016 at @UN as part of @OpenCamps." More from @maps_camp.

The Department of Education released an updated Handbook for Campus Safety and Security Reporting back in June. It includes guidance to follow the Jeanne Clery Act, a consumer protection law requiring all colleges and universities who receive federal funding to share information about crime on campus and their efforts to improve campus safety. Per an article in Campus Safety Magazine, the act defines a new geography for campus: "The campus crime statistics reflect Clery-specific crimes within Clery-specific locations, also known as 'Clery geography.' This geography is separated into four categories – on campus, on campus student housing, public property, and non-campus buildings and property."

On July 7 Esri formally announced its higher education licensing update plan expected to roll out later this year (pdf on GeoNet). A similar effort is planned to update the K-12 licenses at a later date. The key ideas for the updated higher ed licenses:


1. Reorient education licenses to users and institutions instead of computers and physical locations.
2. Increase flexibility for license administrators and users.
3. Make Esri technology easier to acquire by organizations and individual students.
4. Expand access to the ArcGIS platform.
5. Eliminate the perceived risk of limited service credits.

David DiBiase and Angela Lee (disclosure: my colleagues at Esri; I work there) will host a webinar July 21, 4 pm EDT sharing details. Watch Esri HigherEd-L and GeoNet for registration details.

GeoJobe offers university ArcGIS Online administrators the ability to clone a student’s ArcGIS Online Developer or Home Use account for free, when purchasing the company's "Pro" offering. Also note: "* For operations that involve actions performed on other ArcGIS Online organization accounts, such as cloning and csv import to another account, both Source and Destination organizations must have a Pro License." 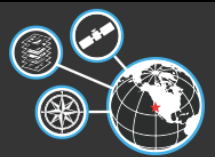 Humbolt State restructured its residence certificate over the past two years into an online Geospatial Certificate Program. It's offered by the College of eLearning & Extended Education. Applications are being accepted for Fall 2016 until July 15. What makes this certificate unique? Per the press release, it's broader, "covers more ground and taps faculty who have a range of academic expertise and professional experience."

University of Southern Mississippi alumnus Mark Puckett will lead its Department of Geography and Geology as chairman. He returns to Southern Miss from the University of North Alabama where he was a professor of geology and director of its Center for Sustainability Studies.

The University of North Alabama GIS Analyst Certificate Program is looking for students for its five course, one year, offering (press release). Courses include: Using AutoCAD® Data in ArcGIS Desktop.


It's an exciting/challenging time to be teaching geospatial tech; labs I write for @Mapbox/@cartoDB are out of date by the next year

That's from Kyle Walker, Geography professor and director of the Center for Urban Studies at @TCU. While I'm sure which button to push and where it is on the interface do change, I suspect the ultimate learning goals do not. How do we write labs that are valid for more than one software iteration?

The Department of Education has released the #GoOpen District Launch Packet, a 40 page PDF. The document details five phases districts can go through on their way to going open. The pull quote from our new Secretary of Education, John King, includes a geographic reference: "Openly licensed educational resources can increase equity by providing all students, regardless of zip code, access to high-quality learning materials that have the most up-to-date and relevant content. "

Marshall Shephard, UGA, writes in Forbes about the definition of geography. Why? The new prime minister of the UK is a geographer. She's also a woman.

BBC Click previews Médecins Sans Frontières (MSF)/Missing Maps MapSwipe, which debuts tomorrow. It's a new app for categorizing satellite imagery. The thinking is that the crowdsourcing app might keep people busy when waiting online if they are not watching YouTube videos or playing Pokemon GO. h/t

SenseFly, a drone company, offers a nice readable explanation of the latest rules for flight in the United States.

A number of social studies focused organizations have banded together to help local schools gain Every Student Success Succeeds Act (ESSA) grants. They include National Council for the Social Studies, National Council for Geographic Education, National Coalition for History, Council for Economic Education, Campaign for the Civic Mission of Schools and the National Geographic Society. It's a sort of COGO for K-12 social studies! Any of these organizations should be able to share a letter, talking points and a PowerPoint.

Geography majors are tied for the highest unemployment rate in the U.S. per data from the Federal Reserve Bank of New York. The data are not broken down any further into subdisciplines. On LinkedIn one commentator suggests a mismatch between what schools are teaching and what industry needs. There's a timely article at Directions by Diana Sinton, GIS Jobs of Today: Which GIS job skills are in highest demand? h/t James Fee.

The Future of (Geography) Education


Pearson is developing its first set of Google Expeditions, an immersive experience that allows teachers to take their classes on virtual field trips, available for back-to-school 2016. Classes can take Expeditions virtual field trips using a smartphone or tablet and a virtual reality viewer and get a window into a different world.

Geo For All is celebrating the one year anniversary of its monthly newsletter (archive). The group is commemorating the occasion by announcing its first GeoAmbassador, Georg Gartner, Professor for Cartography at the Vienna University of Technology. Who is a GeoAmbassador? "Everyone who is interested in enabling geospatial education opportunities to all are our GeoAmbassadors."