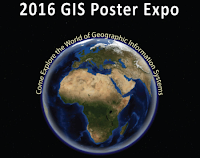 Yesterday's 10th annual Tufts GIS Poster Expo, a campus wide exposition of GIS work, featured more than 170 posters submitted by students, faculty and staff. This Explorer Tool includes many of the posters from past years.

Art Lembo of Salisbury University describes the school's Student Research Conference on his blog. He goes on to profile some of his GIS students, most of whom have jobs/internships or funding for the summer. Also valuable: a discussion of how he organizes his course to allow project work before the event. h/t Facebook Esri HigherEd Group.

Subscribe! Get this GIS education update free, via e-mail, every Thursday!


"[Burlington, VT] Mayor Miro Weinberger and University of Vermont Vice President for Research Richard Galbraith have joined the MetroLab Network, a network of 35 city-university partnerships focused on bringing data, analytics, and innovation to local government. Members of the network research, develop, and deploy technologies and policy approaches to address challenges facing the nation’s urban areas. MetroLab Network was launched by 21 founding city-university pairings in September 2015 at the White House as part of the Obama Administration’s Smart Cities Initiative." Do you know who else joined MetroLab this week? Former presidential candidate, Maryland governor, and friend of Esri, Martin O'Malley.

Virginia Tech has its own student run rescue squad. And, it doesn't use GIS. Or perhaps GPS? "Not only does he [Jack Shephard, a member] have to prove he can drive a boxy vehicle which doesn’t turn around well, but he has to memorize an up-to-date map of Virginia Tech property, including all buildings and 200 named roads. The rescue squad doesn’t rely on GIS to navigate."

DigitalGlobe hosted the sons and daughters of its employees at the DC office back in April. Youngsters did a bit of mapping in OpenStreetMap and tried to draw a map from memory. Also noteworthy is this tease at the end of the blog post: "Coming soon: How DigitalGlobe developed curriculum to teach K-12 students how to map their world."

A student interested in Mayan civilizations put forward a hypothesis suggesting locations of its cities ruins here on earth are located based on the locations of stars in the sky. His theory predicted a city and he found evidence for it existing via satellite imagery. h/t @0mgould


A teenager from Quebec has discovered a hidden Mayan city, an accomplishment that proves his own theory that links the location of ancient cities with the position of the stars.

William Gadoury, 15, has received accolades by NASA, the Canadian Space Agency and the Japanese Space Agency, and his discovery is about to be disseminated in a scientific journal.

While cool and a great plug for STEM and geotechnology, actual scientists believe the find is basically luck. And, those scientists are blaming journalists for poor reporting.

The Girls' Day School Trust, Esri UK and others are hosting another Map Off, a crowdsourcing and mapping effort for students and others, connected to "World GIS Day" [sic]. This year the topic is climate change. You may recall last year's Ash Cloud Apocalypse and the 2014 quality of life survey. The website is really complex; I'd start with the FAQ.

Ice Flows is a new game, in alpha, that teaches about ice flows. Follow the progress @iceflowsgame.

The FAA released guidelines (pdf) on the educational use of UASs. Faculty can use UASs for secondary purposes, but not in the context of teaching how to fly them. There are explicit examples here. For students, guidelines are clearer: "The FAA's new memorandum applies the hobbyist provision to UAS operations at educational institutions and community-sponsored events. A student may also now operate a UAS under that provision to further his or her aviation-related education at an accredited educational institution, provided that the student is (1) not compensated, or (2) any compensation received is neither directly nor incidentally related to that person's operation of the aircraft at such events."

Want to help georeference maps at the David Rumsey collection? They are looking for help and offer a simple to use app to entice helpers. The Georeferencer app allows you to overlay historic maps on modern maps or other historic maps. The First Pilot Project includes over 10,000 maps of major cities and regions.

The folks at CNN Money made a list of the most unemployed majors from a list published by StartClass on April 1. Geography is #2. h/t @atanas

If students don't think maps and spatial information are important, ask them why is the Indian government is drafting a law to require all maps be approved before they are published.
Marshall Shepherd of the University of Georgia writes in Forbes about using Minecraft to teach about meteorology. He and colleagues are working with a university pilot grant "to meet digital natives where they are."

Spatial Ecology, a non-profit, is offering two one-week summer GIS courses in July in Italy:
The courses are about €800 for private company employees and half that for students (Masters/PhD). There are scholarships for individuals from selected countries (closed), and students of the hosting organization (University of Basilicata). And, there were social media fellowships (now closed): "A grant of 100 Euro will be awarded to student posting multi-media content on facebook [sic] and twitter [sic] before, during and after the summer school. We are looking for someone with experience in the use of social media. This fellowship is open to all participants."

Esri's Clint Brown made the comment while speaking at CalGIS. h/t @RHCGIS 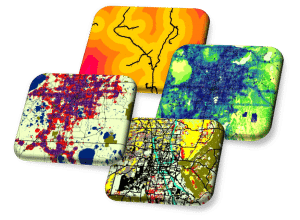 Esri's Geodesign evangelist, Shannon McElvaney, blogged on GeoNet about a new University of Florida Geodesgin specialty. It's a specialization in the Sustainability and the Built Environment major. a bachelors program. Per the FAQ from the university, UF has been teaching geodesign at the graduate level for more than 20 years. The document notes the UF specialty is the second undergraduate geodesign program in the U.S., after USC's.

The University of Mary Washington graduated a total of 1,200 students during its 105th commencement in a graduate ceremony on Friday, May 6. The university awarded six Master of Geospatial Analysis degrees.

Auburn University's Department of Geosciences, which offers degrees in geology and geography, received the 2016 University Senate Departmental Award for Excellence in Education. That translates into a $30,000 grant administered in three yearly installments of $10,000 to use for activities that enhance teaching and learning.

Jamaica's Ministry of Education, Youth and Information signed a Memorandum of Understanding (MoU) with the Ministry of Economic Growth and Job Creation to manage Esri software in 57 secondary and tertiary schools. The country already has an enterprise license with Esri via its distributor Spatial Innovision Limited. h/t  @0mgould

Esri is hosting a webinar Thursday May 26 about using GIS to combat vector borne diseases such as Zika, West Nile, and Dengue.