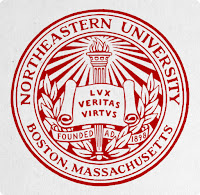 Trajectory is USGIF's magazine. The publication features Boston's Northeastern University and its USGIF accredited geo program in an undated article.


A private research institution, Boston-based Northeastern University emphasizes experiential learning, or the integration of the classroom with the real world by engaging students in professional internships, research, and service projects around the world. Northeastern’s graduate geographic information technology (GIT) program within the university’s College of Professional Studies has thrived under such experiential learning initiatives.

"Experiential learning" is not new at Northeastern; the school offered it when my Dad went there in the 1940s.


LizardTech, the creator of MrSID® and provider of software solutions for managing and distributing geospatial content, announced today it has made its line of geospatial software available to national university students worldwide through the new National University Subscription Program (NUSp).

This is not for U.S. institutions. Per a LizardTech representative, "This press release is intended for National Universities outside of the United States." U.S. institutions are to use the existing program detailed here.

This program, for schools outside the U.S., offers options with different numbers of seats; one is $1999 annually, the other $2999. Those are the same offerings and prices for U.S. school offerings I found on the education website. To date, LizardTech only lists schools in the U.S. that use its software including Notre Dame, USC, Youngstown State and the City of College Station, which I'm pretty sure is a city in Texas.

Boundless Reaches out to Educators

On Tuesday the CEO of Boundless, @annjohnsonceo invited queries from educators:


Interested in open source geospatial software for education? Reach out to Boundless at: mailto:education@boundlessgeo.com

There was a graphic, too.

So I e-mailed. The e-mail bounced. I sent the e-mail to another Boundless address. I've not received a reply.


Mapbox offers Mapbox Studio to Everyone

It's hard to be sure, but I think before GIS Day Mapbox Studio was not available to all users. Anyway, now it is.


Today we're inviting everyone with a Mapbox account to create amazing cartography and advanced visualizations with Mapbox Studio. This is a turning point: a system for cartography that's powerful but easy to use and produces maps optimized for mobile applications and the modern web.

This may make a free or paid account more valuable to educators and students.

The course, from FutureLearn, is called Monitoring Climate from Space. It's five weeks and starts November 30. The first iteration ran in June.

Explore our planet from space and learn how Earth observation is used to monitor climate change, with this free online course.

Don't miss any GIS education news. Subscribe to receive this newsletter via e-mail every Thursday.

This is the event I hoped to attend but other obligations prevented it:


Cambridge, MA is celebrating GIS Day with a Test Your GIS Knowledge Quiz. We will have teams of City Staff competing for prizes and the chance to win a personalized story map for their department or project.

This one gave me pause:


“Any teacher wishing to hold an event at his or her school Nov. 30 – Dec. 4, 2015 will receive a classroom prize from the West Virginia Geographic Alliance upon reporting their activity,” Dr. Manzo said. “The first 10 schools to register will, after completion of their activity, receive up to 10 large pizzas for their class or grade level.”

There was some sharing on Reddit. My favorite respondent who noted "it wasn't too bad" details how he studied:


I used a lot of Penn State's open courseware, particularly GEOG 482, to review concepts  which I hadn't dealt with in a while. I can say that these were excellent resources. [link mine]

Vice runs down the 100 most militarized U.S. universities. What does that mean?


The 100 schools named in these rankings produce the greatest number of students who are employed by the Intelligence Community (IC), have the closest relationships with the national security state, and profit the most from American war-waging.

These rankings rely on a unique dataset of more than 90,000 people who have worked in and around the US Intelligence Community since 9/11. That sample represents approximately 6 percent of the 1.4 million people in the US with a Top Secret clearance, and includes military and law enforcement personnel; government civilian employees; and contractors at the federal, state, and local levels. The rankings were informed by 51 additional factors, running the gamut from federal funding amounts to a designation as an Intelligence Community Center of Academic Excellence to participation in federal domestic security task forces.

I saw a tweet about the Udemy course which noted it was 80% off. I verified it's $49 price was now dropped to $9, which is 82% off. Then I saw another link touting 100% off. The course promises:
The instructor has a PhD from South Dakota State University and is a postdoc at the University of California San Francisco. I'm not sure why those details are not shared on Udemy.

GeoForAll Working on MOU with UCGIS

GeoforAll (the ICA/OSGeo education effort) is writing a memorandum of understanding with the University Consortium for Geographic Information Sciences (UCGIS). Here's the draft document.

The GeoTech Center will host a webinar with the four finalists from the Undergraduate Geospatial Technology Competition. It's Wednesday, December 16, 2015 from 2:00 PM to 3:00 PM (EST).

The students will present their competition projects, which are listed on the GeoTech website and on a story map. The map has an entry for first round participants but I can't seem to visualize it. I continue to wonder how many students participated in the first round and what technologies they used.

NatGeo (and Subaru) Invite Students to Love their Parks


To celebrate the 100th anniversary of the founding of the National Park Service in 2016, the National Geographic Society, with support from Subaru of America, Inc., has launched the “Find Your Park, Love Your Park” educational initiative (www.NatGeoEd.org/LoveYourPark), developed to teach fourth graders across the United States about the importance of U.S. national parks and to empower students to preserve and protect them.

There are "five free downloadable activity modules for educators, including an interactive map of all U.S. national parks." This was announced last week, before GeoWeek.

That's the word from @esritraining. This newest certification exam from Esri is for those with two years of experience. It was first available to take about a month ago.


New! The full beta collection of US History #GeoInquiries is now available for use in your class #NCSS15 #ConnectED http://ht.ly/UHRct

What's new? I asked but didn't really get an answer. I think maybe some of the GeoInquiries are new since the last statement of newness that I covered in October. In that post I made a request. I'll make it again:


I'd love to see Esri include the date of publication on the index pages so we'd know which ones were newly published or updated.