GIS Weekly: Are Drones, and Drone Courses, Leading to Jobs?

Geo for All News 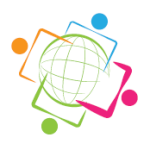 The slides from The State of Geo For All presented by Helena Mitasova, Vaclav Petras, Anna Petrasova from North Carolina State University (NCSU) GeoForAll Lab at FOSS4G 2017 Boston are available.


The Open Source Geospatial Foundation (OSGeo) and the International Geographical Union (IGU) signed a Memorandum of Understanding (MoU) to establish a collaborative relationship.

Charlie Schweik offers a recap of the winners of OSGeo/GeoForAll student awards given at FOSS4G 2017 in Boston.

The call for abstracts for the Academic Track of FOSS4G 2018 in Dar Es Salaam is open.

Video: Shorian Report Jakob Salkowski GIS - A student, Jakob Salkowski, from Lake Shore High School in Michigan learned GIS in school via the GRACE Project. He participated in an internship during summer 2017 at AEW. He's now started a GIS Club at his school.


Politico: Mainland districts welcome students from Puerto Rico - Western Governors University, “the nation’s leading provider of competency-based education – which the Education Department’s independent watchdog last month said violated federal student aid rules – is expanding into North Carolina.” Perhaps one of those governors who knows about geography can explain that North Carolina is not in the West.

TechCrunch: Mapbox raises $164M to expand its location platform to cars, VR, AR and Asia - "Mapbox, a company that competes against Google and Here to work with companies like Airbnb, Instacart, Snap, and MasterCard to build maps to power their services" announced that it has raised $164 million in funding.

Trevor Paglen, Artist and Geographer, is a 2017 MacArthur "Genius" Fellow.

AlphaBeta: The Economic Impact of Geospatial Services - The report, from Sept 2017, was prepared by AlphaBeta " a strategy and economic advisory business serving clients across Australia and Asia from offices in Singapore and Sydney" for Google.

An authoritative source reports Insights for ArcGIS will be available for ArcGIS Online beginning with the December release.

Collegian: Penn State alum Nathan Piekielek finds his way back to Pattee as Geospatial Services Librarian  - How do you get to be the Geospatial Services Librarian at Penn State? Nathan Piekielek graduated from Penn State in 2000 with two degrees in Geography and  Geographic Information Science, went on to receive a PhD in Ecology and Environmental Sciences from Montana State, did post-doctoral research and worked at, and with, the National Park Service.

MIT Technology Review: Colleges Are Marketing Drone Pilot Courses, but the Career Opportunities Are Murky - "The FAA estimates the number of certified U.S. drone pilots will grow from 107,800 in 2017 to 422,000 in 2021. However, the agency does not specify how many of those pilots will be paid for their work. A spokesperson said the FAA had issued more than 63,000 remote pilot certificates to date."

The GeoTech Center provided a few more details about the 2018 Skills Competition. "The winners will be awarded registration, travel and accommodations to the 2018 GeoEd Conference in Louisville, Kentucky. The winners will also present their posters at this conference. Due April 20th at 1pm eastern."