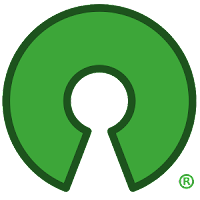 Kurt Menke describes his understanding of open source at his Community Health Maps blog. He's the author of two books on QGIS, co-authored the GeoAcademy, and runs a GIS consulting firm, Bird's Eye View. I can share two of my pieces on the topic: Ten Things You Need to Know about Open Source Geospatial Software (Directions Magazine) and Proprietary vs. Open Source Licenses (Penn State OER).

Dr. Suchith Anand described what he learned lecturing students around the world. He's the founder of Geo For All and on the faculty at the University of Nottingham.


One of the important things I learned during my lectures to students in universities worldwide (from USA to India) is that the digital natives are very smart. They have a very global outlook and are keen to contribute to building a better world for everyone. I remember talking to a student and asking her what GIS software she uses and her reply was "We use all different platforms to learn GIS but no one can trick us to pay to buy GIS software when there is [a] lot of free and open software now available." This empowerment of students is exactly what we want. It is now not possible for any proprietary GIS vendor to put "Iron Curtains" on freedom on education tools.

More than 50 elementary- and middle-school-age students traced the path of water through their lives in two Mississippi River Water Journey Camps held at the University of Minnesota's Institute on the Environment in July. The camps had support from the Minnesota Environment and Natural Resources Trust Fund. During "Rain Week" and "Drink Week" students used maps. "Campers not only used existing maps but also created their own to help tell their stories. This activity can 'help kids see the relationship between the places they visit and understand how water is connected across different places,' [camp creator] Jonee Brigham said."

The University of North Alabama will offer online ArcGIS Pro 1 & 2 courses. The first course runs for four weeks in October (October 6 - 27, 2016) and the second course runs in November (November 8 - 15, 2016). Each course runs four weeks, including a synchronous meeting each week . Cost: $800/course.

Purdue University, with partner the National Endowment for the Humanities, offered a four-week Summer Institute for Teachers titled "From Plessy to Brown." Indiana high school teachers learned how to integrate African-American history and culture into their lessons. Among other things, they "discovered how to utilize Geospatial Information Systems to produce geographic illustrations to teach students."

Steward Bruce, well known for his work in GIS education at Washington College in Maryland, has a new job: Information Systems Officer for the Government of Bermuda. 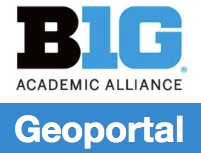 The Big Ten Academic Alliance Geoportal launched this week. Per @HarvardCGA, it's built on GeoBacklight.  The portal offers "discoverability and facilitates access to geospatial resources. The resources in the portal are selected and curated by librarians and geospatial specialists at nine research institutions in the Big Ten Academic Alliance." And, to be clear, "This site is solely an aggregator and does not host any data."

"Created by the Brooklyn-based electric engineer and transportation enthusiast Jason Wright, “Brand New Subway” is a game designed both for transit wonks to try out-of-the-box ideas, and for ordinary New Yorkers to re-imagine their surroundings." CityLab describes the very geographic game.

The 2015-2016 edition of the AAG Guide to Geography Programs in the Americas is available online from the American Association of Geographers. There's an interactive map, too. h/t @trbaker

Anna Hagele's Where’s Eli Moore? series challenges school age children to explore geography and zoology. In the first book of the series, Discovering the Legend of the Amazon, Eli travels through the Amazon with his dad and his dog. He sketches in his field journal along the way. Readers peek over Eli’s shoulder and learn about rare animals the geography of Peru.

h/t, not to anyone in GIS, but to @audreywatters She also reminds me to remind you that Seymour Papert passed away last week (NPR coverage). Since I didn't study education in school, I learned of him and read some of his thinking in a MOOC on EdTech.

Pokevision is still out of service. The big news of late is about alternative tracking tools for the game.

Per the Hindu Business Line, "The firm [India Esri distributor NIIT] is in touch with 12 universities to help them frame curriculum in the GIS."

Esri's new training site launches Monday. It's the program Jack Dangermond announced in the conference Q&A and at the conference. The site is the focal point of the effort to iffer free online training to all users with a qualifying product. Here's a top ten PDF of highlights. Educators should note that materials for them (lesson plans, GeoInquiries, etc.) will be accessible via the new site. Further details are available via Esri HigherEd-L (log in required) and GeoNet (log in not required, best I can tell).