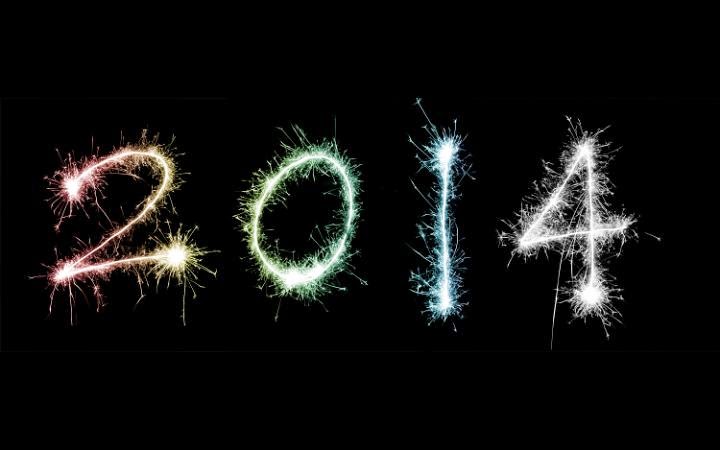 Here's a roundup of the key GIS education news from 2014. While I'm skeptical of the impact of badges and Esri's ConnectED efforts, I think the grass roots growth of open source GIS in education has legs. I think there is promise in geo-related educational technology, but this year's efforts are but toes in the water.

I've been following Unmanned Vehicle University over the past few years (2012, 2013). The organization was surprisingly quiet this year and I found out why: the founder and Executive Director, Dr. Jerome LeMieux, Jr. passed away July 4.

U.S. educational organizations pursued federal funding opportunities related to UAS teaching and research (pdf on UAS Centers of Excellence) even as others banded together to express frustration about limitations in UAS use in research and teaching. U.S. educators (and most other users) must be patient as the Federal Aviation Administration finalizes its rules. The current word from the Government Accountability Office suggests that will not happen until 2017.

What is new this year in UAS education?
GIS Education Learning Communities

I was not really familiar with the idea of "Learning Communities" the related "Communities of Practice" until I took a MOOC that introduced the idea. Our assignment involved observing and documenting such a community in action. I explored a community I was already in that I'd never though of as a learning community: my running club. That project prompted me to consider such communities in GIS/geography education.

I consider TeachGIS (now dormant), the GeoTech Center and Esri's Learn ArcGIS and Esri's Education Community (via its Facebook, GeoNet, listserve and other presences) infrastructures aimed at creating learning communities. My sense is that not one of them has reached critical mass ...yet. What education focused learning communities do I frequent? I regular visit communities that are not really focused on GIS education, but GIS in general: Reddit/GIS and GIS Stackexchange.

Penn State's Maps and the Geospatial Revolution, Pace University's Desktop GIS Basics and Esri's Going Places with Spatial Analysis MOOC have all been offered twice, suggesting a growing GeoMOOC menu. Some additions in 2014 and plans for 2015:
Educators, politicians, researchers, business people and the press continue to scrutinize MOOC goals, formats and measures of success. That's healthy.  I continue to believe MOOCs are valuable as marketing and outreach for a variety of products and services. And, from the learner side, there's nothing better than well designed, free learning opportunities. I took my third MOOC in 2014 and have only good things to say about my experiences.

Esri's entry into the MOOC space is significant. While the company already offers many free and fee-based education and training options, it chose to try out this new format. While I did not take the course, reading comments suggested to me that most students were interested in learning the software, ArcGIS Online, rather than learning spatial analysis. That does not surprise me and it could be argued, that makes the course an even better marketing tool. Will other geospatial software vendors offer MOOCs? Google already did and at least one other vendor has considered it. I think it's a great way to encourage potential users to touch software. I how many free trials I've downloaded or registered for that I never explored. Vendors might even consider offering a discount on their products or services to those who complete the MOOC. Just after I wrote that I saw this offer from Amazon for free AWS credit for those who pass one of two edX courses.

By the end of 2015 you may be proudly displaying a geospatial badge on your online resume or LinkedIn. Alex Chaucer at Skidmore got some funding to explore the topic early in 2014. More recently, GeoBadges (with support from MapStory, the American Geographical Society, GeoMakers and others) got funding from the Longview Foundation. The effort is based on the Mozilla Foundation’s “OpenBadges."

The Geo for All initiate is beginning to discuss FOSS4G certificates and certification based on conversations at FOSS4G PDX.

How to keep up with all the credentialing news? UCGIS is running a webinar in January to sort out all this confusion on credentialing. And, take some time to read David DiBiase's Credential Creep in the GIS Field—For Good or for Ill? which discusses both badges and competency-based learning.


Gaming and Such: New Ways to Learn Geography?

A lightweight argument suggests that a new, free, location-based shoot 'em up game for iOS called In a Space can help teach geography. It debuted in the Canadian AppStore on Feb. 14. The Actoz Soft "game entices kids to save planet Earth from space invaders by providing them with fully equipped weapons." The location-based part? Players begin where they live and shoot and apparently blow up things like the Eiffel Tower (Paris!) and Statue of Liberty (New York!).


I received several requests this year to look at activities and games aimed at getting students to memorize where states/capitals/countries are on a map. I agree that there is a time and place to memorize such content, but was sorely disappointed in the educational or engagement methodologies.

One notable GIS-based effort to integrate geography/GIS into learning in 2014 came from Maps101. The company offers a Field Trip Library, a series of story maps that build on the company's database of social studies resources, including maps, videos and activities. I applaud the company exploring new formats for content delivery but found room for improvement when I explored the Field Trips (1, 2). Others also see potential: the product won two education related awards (1, 2).

Like many others, I was jazzed to hear that Esri had committed to share ArcGIS Online with nearly all U.S. K-12 formal and informal educational organizations. (There's a similar program in Europe.) But I was also skeptical: educators know that  access to software (and other educational technologies) is only one part of a successful educational intervention. Joe Francica and I had lots of questions when we explored the topic in this podcast this past summer. The theme of Esri's education advisory board meeting at the Esri Education User Conference was how to make ConnectED successful. While GISCI signed on to help with GeoMentors, the most visible players talking up Esri's ConnectED have been Geographic Alliances and Extensions.

By the way, Autodesk is also involved in ConnectED: "The company will expand its Design the Future program, and make available $250 million of 3D design software, project-based curricula, training and certification to every middle and high school in the United States in 2014." Later in the year, Autodesk's program expanded worldwide.

ConnectED is one of a number of educational initiatives that attempts to take good ideas, good technology and small successes and scale them up to hundreds or thousands of classrooms. That's hard to do and I'm hopeful the GIS education community and other technology education communities will learn from ConnectED's outcomes, positive or otherwise.

Through formal and less formal means, FOSS4G is making headway in education and training.

Geo For All, an initiative of the Open Source Geospatial Foundation and the International Cartographic Association, now has 91 partner institutions.

The MoU aims to provide expertise and support for the establishment of Open Source Geospatial Laboratories and Research Centres across the world for supporting development of open-source geospatial software technologies, training and expertise.

Metaversity, still in development, seeks to address the "lack of a well-trained workforce knowledgeable in FOSS4G skills." The project, if funded, will "train US educators in the use of our curriculum and FOSS4G in general." I understand the curriculum to to be the Geoacademy materials.

MapTime is "a collection of beginner-focused community groups for learning geospatial technology, techniques, and concepts, particularly using open source tools and hands-on practice and exercises." The idea emerged at the State of the Map (the OpenStreetMap conference) 2013 and is sponsored by Stamen.

The gvGIS MOOC is underway and a QGIS self-paced MOOC begins in February.

QGIS is replacing ArcGIS in Washington. Rick Rupp is the GIS Coordinator at Washington State University in Pullman, WA. He explains why this summer he'll be rewriting his intro GIS course for QGIS. One reason for the move: he feels students who take just one GIS course should not have software that "times out."

LizardTech updated its offering for students and faculty of higher education institutions for use in a research and teaching environment. There are two bundles in which the software is free, but an annual support and maintenance fee is required.

PCI Geomatic made its training textbooks available to the general public for non-commercial use. The company already offers educational and student licensing.

Pictometry is teaming up with the GeoTech Center to offer software and training. The NSF-funded Center will teach Pictometry to educators and participants will get limited free access to the software for their students (embedded PDF).