Wendy Lemke is a 6th grade teacher at St. Francis of Assisi Catholic School in Ann Arbor, Michigan. She’s part of the GIS Resources and Applications for Career Education Project (GRACE, GRACE Project ArcGIS Online homepage). The National Science Foundation funded effort aims to expand and disseminate technology-based education for STEM careers in K-12 and the workplace. In 2015 Lemke and other participants attended a one week summer institute and a hybrid (online and face-to-face) 30 hour professional development program focusing on ArcGIS Online.


In September 2015 Lemke launched a before school club, the GIS Gang, for interested six through eight graders. She thoughtfully blogged about the group’s ten weekly meetings. With her permission, I’ve condensed her posts into a shortened “diary” that illustrates some of the excitement and inevitable ups and downs she faced. I encourage interested readers to dive into her unedited posts on GeoNet for “the rest of the story.” Next week I'll follow up with a Q&A on what she learned and suggestions for the other educators.

I just started my GIS Gang computer club this morning, and it was a lot of fun! I have a mix of 6th, 7th, and 8th grade kids, and they seem eager to learn anything I can teach them.

I started by showing the students David Anderson's video about the GRACE project, which also featured one of the GIS Gang kids in the video!

I used my own GRACE login for all the kids and had the computers set up and ready to go when they walked into the lab. My goals for the first day were to have fun and to try out some of the 5 X 5 exercises, so I had the kids find all the ways to zoom in and out on a map. Next they found the University of Michigan Stadium and experimented with different basemaps. (They all love the imagery one!) Then I had them find whatever they wanted to, and of course, every student found his/her house first. The students were not shy and needed no prompting to explore! One thing I quickly discovered was that because my club is made of self-selected students, I didn't have to break things down into methodical steps. They were ready to rock and roll for the whole 45 minutes with minimal teaching!

Finally, we had a few minutes to create simple maps. In less than two minutes, I showed the students how to insert a pin at a specific location, how to change the format of the pin, how to add text, and how to drop an image on the point. They picked up the skills immediately and started going to town. When the bell rang for the start of school a few minutes later, the students were not ready to leave.

I keep telling myself that, but I feel like I have to prepare lessons as though the GIS Gang were my class. It dawned on me that as much as I love the Esri scripted lessons, the 6th-8th graders in my group don't need them! They pick things up very easily and without much introduction. So I took a deep breath, relaxed, and decided to create my own lesson instead of trying to make the Explorer lessons "force-fit" the club.

I had the kids bookmark the "100 Most Famous Landmarks Around the World" site. Then I gave a 90-second review [of what we’d ended with last week.] I then asked them to find interesting landmarks around the world and plot them on a map. They did a great job with this.

Yesterday, at our third meeting, I had them explore Google Earth Pro. They had a ball discovering everything they could during the period. For the most part, the students were driven by their own interests and curiosity.

[I could not get into the computer lab and do my planned activity.] So after taking a few deep breaths, I [used some desktop computers.] I decided to just use the "Age Pyramid" website with the 14 kids.

So I separated the students by grade levels. This turned out to be a wise move, because as I listened in on the conversations about the pyramid data and the reasons behind why each graph looked like it did, the discussions were very different. The older kids had deep thoughts and interesting ideas about the graphs, but the 6th graders just liked changing countries so they could experience the "Wow!" factor. Both reactions were valid, of course, but I didn't expect such a difference in attack.

[We worked with online computer simulation tools from EverFi about cyberbullying and Internet safety.] 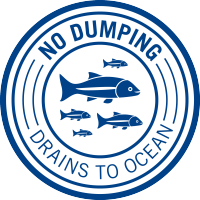 We worked through the "No Dumping - Drains to Oceans" Investigator lesson. I made the choice to give directions orally instead of having the students read the packets, and I am really, really glad I did this. For one thing, not all the kids are great readers. Also, having me serve as both the "guide on the side" and the "sage on the stage" moved the lesson along REALLY FAST. The focus in "No Dumping" was learning how to run different analyses on an Esri map, and the kids had no trouble at all.

Knowing that kids love anything to do with catastrophic events, I tried another Investigator lesson during Weeks 7 & 8: "Mud is Thicker Than Water." My GIS Gangers looked forward to finding landslide and flood areas in Boulder County, Colorado. [I gave directions orally as in week five instead of having them read the packets.]

It didn't work as well this time. The lesson, although well-written, was extremely detailed, with little to show on the map after many changes; and about half of the members got behind or lost. We all tried to help each other keep up, but as teachers know, it's difficult to keep the interest of rest of the class while trying to solve the computer problems of a few! We kind of lost the forest for the trees.

The next week was great fun! Thanks to the GRACE email with the Christmas GIS maps, we had a wonderful time the Tuesday before Christmas vacation listening to carols from around the world and getting to know global holiday customs and the various Kris Kringles. We also explored the Norad Santa Tracker site, which has lots of stuff to play around with. Unfortunately (or fortunately for the kids!), they discovered the "Games" link on the Norad site, and the rest of our club meeting was spent playing Christmas computer games.

[I had the students work] individually through the “Let’s Get This Chow Mein on the Road” Esri training lesson during the last two weeks. It went very well, and except for some misunderstanding of directions, the students were able to build their delivery route maps and access the Esri lesson at the same time.


After letting the kids know that next Tuesday would be our [last] meeting (met with disappointment, BTW), I handed out these instructions:

It’s time to move forward in GIS. on your own. The people who successfully start and then complete the next steps (and also show an interest and passion in continuing their GIS education) will be eligible for an Esri license afterward.

I will be ending the GIS Gang next week. It's time to cut you loose!

Ten of the students immediately got to work on setting up an Esri trial account/website. The other three worked on [EverFi.]

Even though they are only 11-14 years old, the majority of the kids seem eager to continue learning more about GIS on their own. And if they stay in contact with me after 8th grade graduation from St. Francis, perhaps a few of the students will become interns! Only time will tell. In the meantime, I’m excited for the kids to fly on their own now.